I made it, The Canada border

Feeling tired from the late finish last night at 9:30 in the evening, even the sleeping untill 7am wasn’t enough to energise me. Once on the trail with the knowledge of the border being only 15 miles away, I know that by midday my 3,000 mile was all but finished. You can see the cut line in the forest between the two boarders. Lunch on the Canadian side as that’s with the biggest shade from the sun. 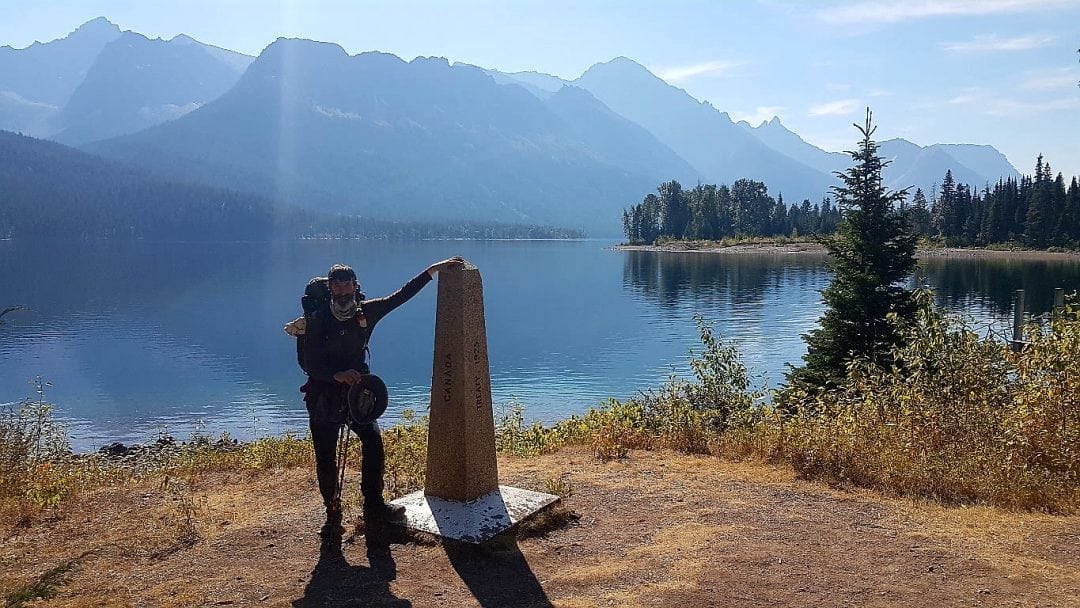 Upper Waterton Lake, a monument to mark the border

There was two options of getting home, either continue on north and make my way to Calgary or if i didn’t want to cross into the Canada side, I backtrack 8 miles and then take the 20 mile Stoney Indian Pass which heads  East that will take me to the closest highway.

The decision to backtrack was well worth it,  this area was amazing if you like lakes, rivers, streams, waterfalls and amazing basins surrounded by towering peaks.

Again we were told by hikers along the way to watch out for Grizzly bears as berry trees and bushes were everywhere which bears love. Sure we saw berry bushes and had our feast on them, but again, no bears. 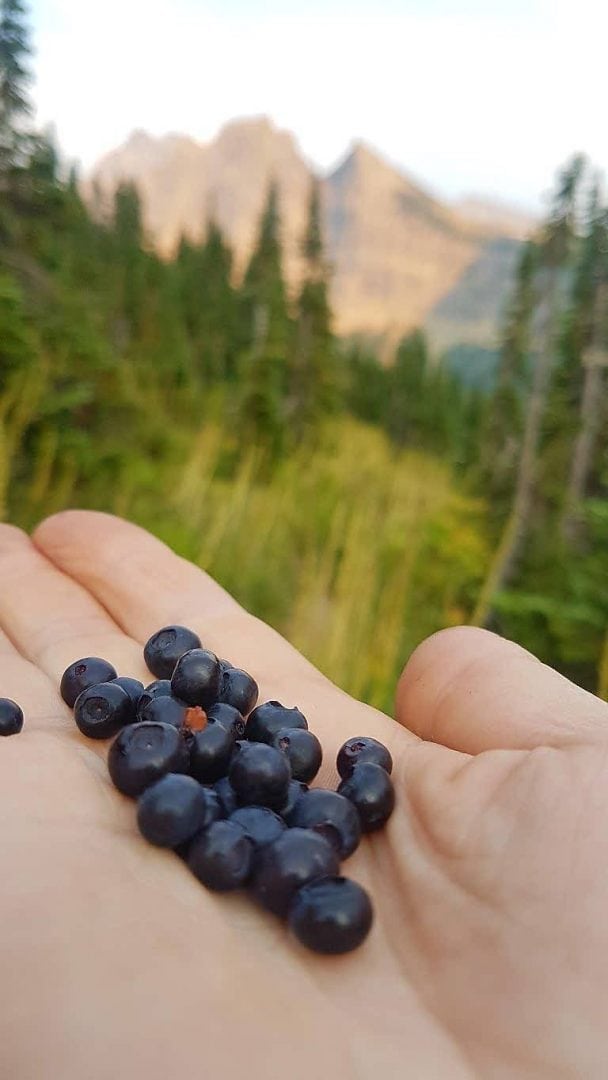 Blue berry, what a treat Along the trail on the Stoney Indian trail 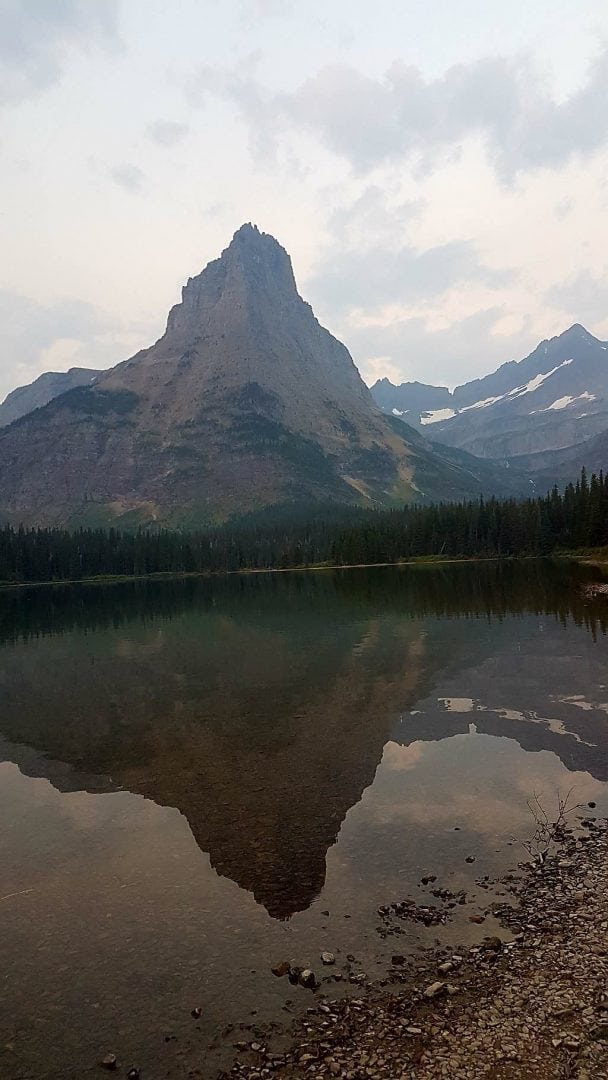 Camped next to the lake for the last night Bear marking it’s territory on the tree, the marks were at lest 6 feet off the ground. Made it to the highway and finally we spotted a bear, I’m at the ready with my bear spray. 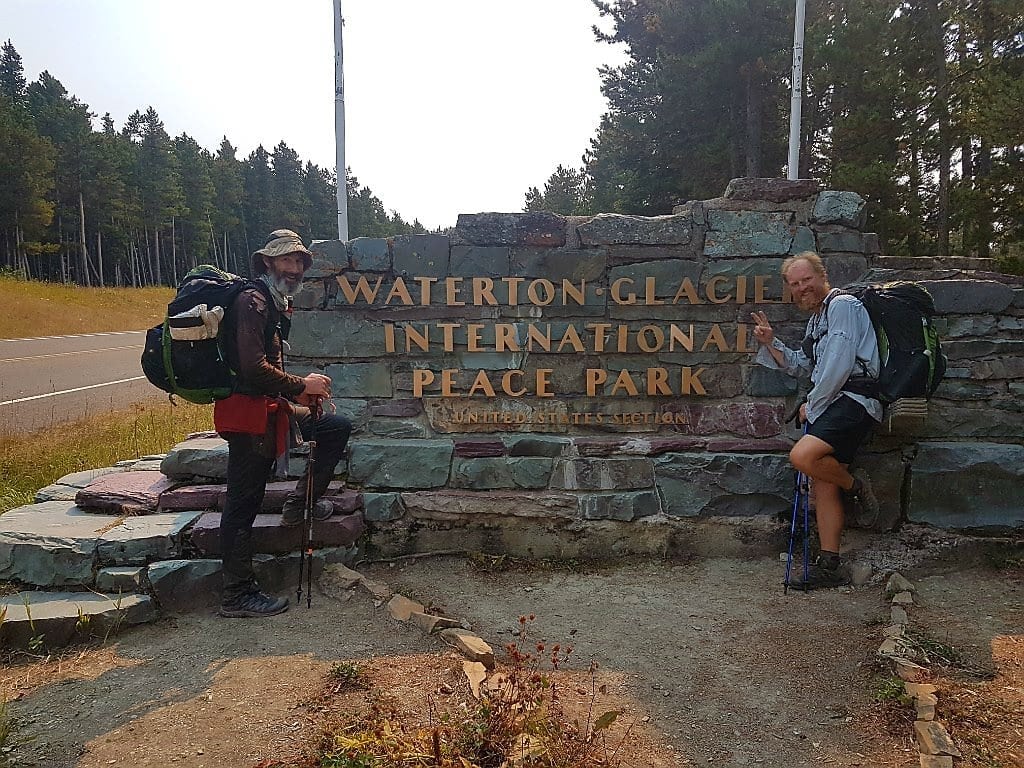 Got a stamp from immigration with a picture of a Grizzly bear in my passport. New top needed, or mother with a skillful hand at sewing